The Indian subcontinent is known for its rich history in art, culture and creativity. Even today the artwork of this country receives appreciation from different parts of the world.

This republic day, India Circus brings you 6 designs that are truly inspired by India. Let’s take a walk down the memory lane:

In Indian culture, elephants are a symbol of mental strength, responsibility, goodwill and wealth. Hindus have worshipped elephants for centuries and are considered as a living version of Lord Ganesha.

In India, it is believed that having an elephant statue outside the entrance gate of the house will bring wealth and luck to the family.

Elephants are also considered as a symbol of royalty, in most of the Royal family wedding, the groom enters the venue while sitting on the Elephant.

This range of designs is called the Tusker Chariot on India Circus.

This Image is an accurate representation of contemporary and traditional India. The human figure represents the Mughal Kings and Queens, who ruled the northern part of the country for the longest and their forts and palaces are still the highlights of this country. The banana tree represents the southern part of the country, they also highlight the fact that most of the Indian household even today worship the banana tree and in many religious and auspicious occasions. The colourful auto rickshaw is the contemporary mode of public transportation in modern India.

When talking about India, you cannot fail to mention the Taj Mahal. One of the most beautiful seven wonders of the world, situated on the bank of Yamuna river is a symbol of Love and Gem artwork of Muslim India.

If you are planning to give an Indian look to your space, this design is a must-have.

The Taj will always be the king of all monuments in India and hence this design is named as Taj ka Raj on India Circus.

Making a swift shift from Taj Mahal to the Dal Lake, this design gives you a sense of peace and serenity. Located in the beautiful valley of Kashmir, this design makes a perfect wallpaper, giving you best of north India supported by coconut trees in the background to give a flavour of south India and a hint of Mughal architecture design. In short, bringing all parts of India in one frame.

5. Peacock Dwar – What an Entrance!

Inspired by the famous Amber Fort of Jaipur, this design brings about the two most important element of India, Peacock and Lotus.

The design overall represents a very royal image of India.

Chhatrapati Shivaji Terminus popularly known as CST is one of the most magnificent landmarks of the city of dreams, Mumbai. Known for its beautiful architecture and a museum, this landmark was recently added to the UNESCO world heritage sites. Along with the site, this design also has the famous kali – peeli taxis of Mumbai and silhouette of Mumbaikars. This design is perfect for those who want to keep a part of the city close to them.

Well, that’s all for the 70th Republic Day. 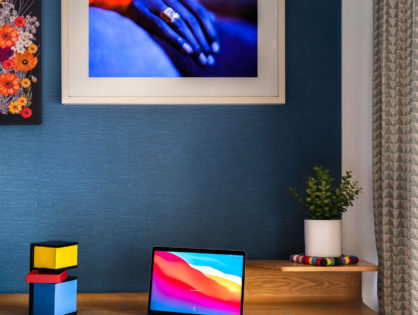 Home offices updates that are absolutely chic- Here is how… 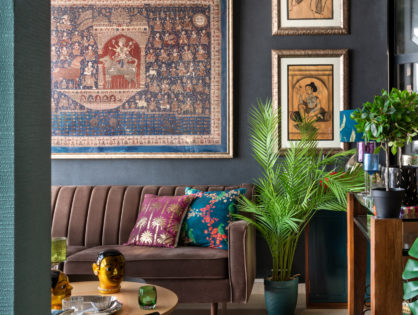 Tips on effortlessly adding colour and prints to your home 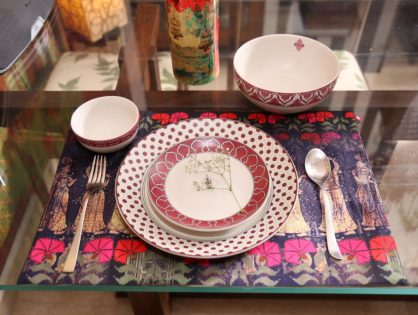 Dinner Essentials Edit- Fall in love with these perfect dinner…